While the rest of the world has celebrated their new year, the Chinese are preparing to celebrate their new year festival. Chinese new year begins at the end of January and ends in mid-February. However, some parts of China celebrate the festival for the whole of February. The festival has been part of the Chinese tradition for the longest time and, as such, is one of the diligently observed festivals. The excitement begins before the end of January, with most people starting their preparations then. It gives room for adequate preparation before the official festival period, which is between early to mid-Feb. There is also the “lantern period,” which is also in February, immediately the official festival period ends. It is usually celebrated in three days.

The Chinese New Year is a festival celebrated in China, but the dates aren’t usually static. They keep changing depending on the lunar calendar. The festival originated from the time the jade emperor instructed that animals should be part of Chinese astrological beliefs. This led to naming each year after different animals, and the festival is therefore celebrated according to the animal named after each year.

The main reason why the Chinese New Year is special in China is their strong belief in their zodiac. The belief is so strong that they extend it to their personalities. They believe that your personality will reflect the animal that was named after the year you were born in. For instance, if you were born in the year of the Rat, then possession and collection will be part of your natural character. On the other hand, those who are born in the year of the ox are naturally hard workers. As such, the festivals are meant to honor the animal of that year.

Does the Chinese New Year have a Major Side Effect?

The Chinese New Year affects not just the local Asian region but other parts of the world as well. The way they honor the festival doesn’t allow them to do anything else during that period. It means that everything will be shut down the entire period. In some places that extend the celebrations, businesses will not operate for a whole month. With markets closed, no products will be coming in or going out of China, which leads to significant loss of revenue.

China is known to be the largest exporter of goods. Most countries rely on exports from China for their economic balance. When China isn’t exporting, other countries that depend on those goods aren’t importing. The solution lies in scheduling the shipments before the festivities. It can be hectic because it requires thorough research to understand the zodiac of each year and the exact dates of the celebrations. Failure to do research could lead to the order clashing with the festival and the products not reaching their destination in due time. Other Asian regions like Singapore also tend to slow down their trades during the festival, thereby causing a disadvantage to business owners who would turn to them instead.

All the side effects of the festival aren’t adverse. Even though China shuts down businesses, they experience a significant boost in tourism during the new year festival. Most tourists opt to use the public transportation system in China, thus bringing in revenue through transport and tourism ministries. On the other hand, the wealthiest Chinese tend to use that period to travel abroad for shopping, thus bringing income to the significant product brand operating globally.

Year of the Rat

One of the beliefs of the Chinese people is that when the Jade Emperor ordered the inclusion of animals into the zodiac, he said they would be named in the order with which they arrive at his party. The Rat then asked the Ox for a ride, and the Ox obliged. As they were about to cross the finish line, the Rat jumped and became the first animal to cross. That’s why the Rat is the first zodiac in the Chinese calendar. As such, the year of Rat was the first one to be celebrated in 1924 and in every 12 years that follow. This year the Chinese New Year celebration will be about the year of the Rat.

Rats were held in high esteem in Chinese culture. Because of the way they reproduced, they were seen as a sign of surplus and wealth. Married couples even turned to them for reproduction. Rats are also believed to represent a new beginning; thus, they are associated with the midnight, just before a new day breaks. Based on the myth about how the Rat tricked the ox, they are also seen as smart creatures that think fast and are successful, but they are never contented.

Each year of the Rat is usually paired with another element of nature. This is because the rats are connected to Earthly Branch. Each element represents a specific fortune. For instance, the years 1960 and 2020 have metal as their element. Those born in these years are therefore believed to have stability and reliability as their characteristics. They are powerful enough to turn unfortunate occurrences into fortunate ones. 1972 and 2032 have water as their element. The rats of those years may face difficulties in their early lives, but as they transition into adulthood, they become luckier. They may still be weighed down by their family and friends.

The wood element is believed to represent strength and talent. Those born in 1924 and 1984, which were the years of that element, are believed to be talented and strong-willed with the ability to finish anything they start. The fire was the element in 1939 and 1996. Rats of these years are very intelligent, with high IQs and EQs. They also become prosperous in their older years, but their younger and middle years are deemed average. The years 1948 and 2008 also had the metal element. However, unlike those of 1960 and 2020, they are believed to be confident and competent at public speaking. They are good at leading and will often be the group leader. They also tend to be possessive, and they face a lot of challenges in their middle year. However, they have the endurance to withstand those difficulties and prosper later on.

Despite the general fortunes of the Rat years, men and women born in those years are believed to possess different qualities. Men born in the year of the Rat can adapt quickly to different situations. They have high levels of creativity that they use to take advantage of opportunities they come across. They are generally smart with good ideas, but they are also timid and may lose some opportunities. They also don’t make good leaders.

Women born in the year of the Rat, on the other hand, have excellent organisational skills. They tend to value family and traditions more and, as such, take care of everyone and everything. They make good wives, often putting the husband’s mind at ease. Their sense of responsibility extends beyond their immediate families as they like to take care of things outside the home as well.

The most compatible animal with Rat is the Ox. While the Rat’s earthly branch is water, the Ox’s branch is earth. The two blend perfectly and often help each other out. Couples born in Ox year and those born in the year of the Rat are therefore believed to make the best partners. Rats also get along with Dragons. Those who are born in those years will have a deeper understanding of each other and become successful together. Monkeys also make great partners with Rats. They tend to have a fairy tale ending to their marriages.

Zodiacs of Goat, Rabbit, and Horse are not compatible with rats. Horses are greedy and are never satisfied with what the Rat does. Goats are control freaks who only go after the wealth made by Rats. They want to control what the Rat has already made. Rabbits, on the other hand, often do what the Rat doesn’t like, thereby causing frustration.

Those born in the year of the Rat tend to do well in careers that allow them to use their creativity. Because of this, they work best as individuals. Whenever they join a team, they may feel that their creativity is being suppressed. Titles like authors, artists, and editors are more befitting for them. Technical jobs like engineering and architecture are also befitting because of their ability to pay attention to detail. Since they don’t have courage, they don’t do well in jobs that require leadership like political positions or entrepreneurial jobs. Rats can also make sound financial decisions but may end up in financial trouble because of their friends who borrow.

Are you a Rat?

The Year of the Rat will be good and bad for Rats. On the one hand, there will be good fortune and tidings are some aspects of their lives while on the other hand there will be bad breaks and difficulties. Even so, this year promises to be better than the other zodiac years. Remember that as a Rat, you’re naturally capable of turning any situation into a success. You’re talented, creative, and you can endure any lousy break. With your creativity, you’ll be able to overcome any challenge you face this Chinese year. Your lucky months are believed to be March, September, and November. April, July, and October will be the most problematic ones.

Recent Years of the Rat: 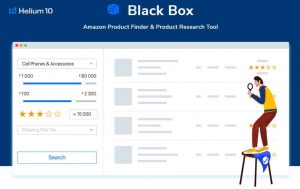 Best 12 Tools for Amazon Sourcing and Research for 2021

Importing from China to Australia – Biosecurity

Why You Should Do a Pre-Shipment Inspection

Call Us
Find Us
Import from China